A little over a month ago, my husband and I decided that our big trip to Greece and France that I had planned for us to be on right now should be postponed until the springtime. Changing our plans wasn’t cheap and I was definitely a little frustrated with having to unravel all the work I had put into planning our little adventure. But the sense that now was not the right time to go on walkabout for two and a half weeks was just too strong to ignore. The consolation prize I worked out in the process was a short week in New York so that we could still get away for a little while and recharge our creative spirits. Oh, and finally try out American Airlines’ flagship first class product on the A321T.

Having never truly explored this metropolis before, I thoroughly enjoyed my first tastes of MoMA, Central Park, The Metropolitan Museum of Art, and Two Boots pizza. And I did my best to keep our adventure from being a big expensive blow-out because something told us it would be wise to watch our ducats. We stayed with friends in Jersey instead of at a hotel. We walked around… A lot. We may not have paid the full “suggested donation” at the Met. And we didn’t eat at a bunch of fancy restaurants. The only real splurge was a trip through Century 21 for some incredibly cheap Ben Sherman dress shirts and a new bow tie.

Then we came home and all hell broke loose.

Over that past two days we’ve had to put the car in the shop for fairly pricey repairs and euthanize our cat Halftone who turned out to have kidney cancer and not a case of “I’m not eating because it’s hot” as we had originally suspected. It’s been absolutely… awful. Heartbreaking. But thinking about it, I’m so glad we listened to our gut instinct and didn’t go to Europe. Had we stuck with the original plan, our house-sitter would have been saddled with these troubles and we would have been on another continent, unable to do much more than cry our guts out from a distance. It would have put a very dark cloud over what was intended to be a fun and relaxing adventure.

So like that, all the frustration of having to change plans, pay cancellation fees, and rebook flights & hotel rooms is gone. In its place is just an overwhelming combination of sadness and… relief. Because sometimes the right thing to do is not go. Sometimes, your journey isn’t meant to start when you think it is. And sometimes, the best thing you can do is stay put and give a loved one comfort while they prepare for their next adventure, wherever it may be. I’m going to miss that cat of mine so damn much, but I’m filled with gratitude for having the chance to hold him close and say goodbye in person.

I love ya like my luggage, little buddy. Thanks for keeping me grounded for the last 9 years. 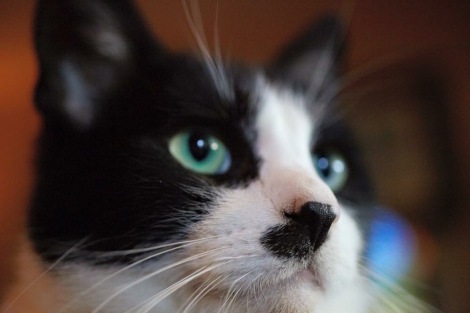